This week we continue with both Part Two and Part Three of Brendan Killen’s Rescuing Apparently ‘Dead’ Orchids  which appeared in the Volume 31 No 9 October 2007 and Volume 31 Bi 11 December 2007, respectively.

Note the dried ends of the canes where they were cut into separate pieces. As you can see from the photograph, I used a green twisty to hold the canes in the bark as a fairly solid bunch – I find this is the best way to keep the canes still whilst they are developing sensitive new growths. I have found that no matter how bunched-up the canes are, the new growths always find a way to the surface. 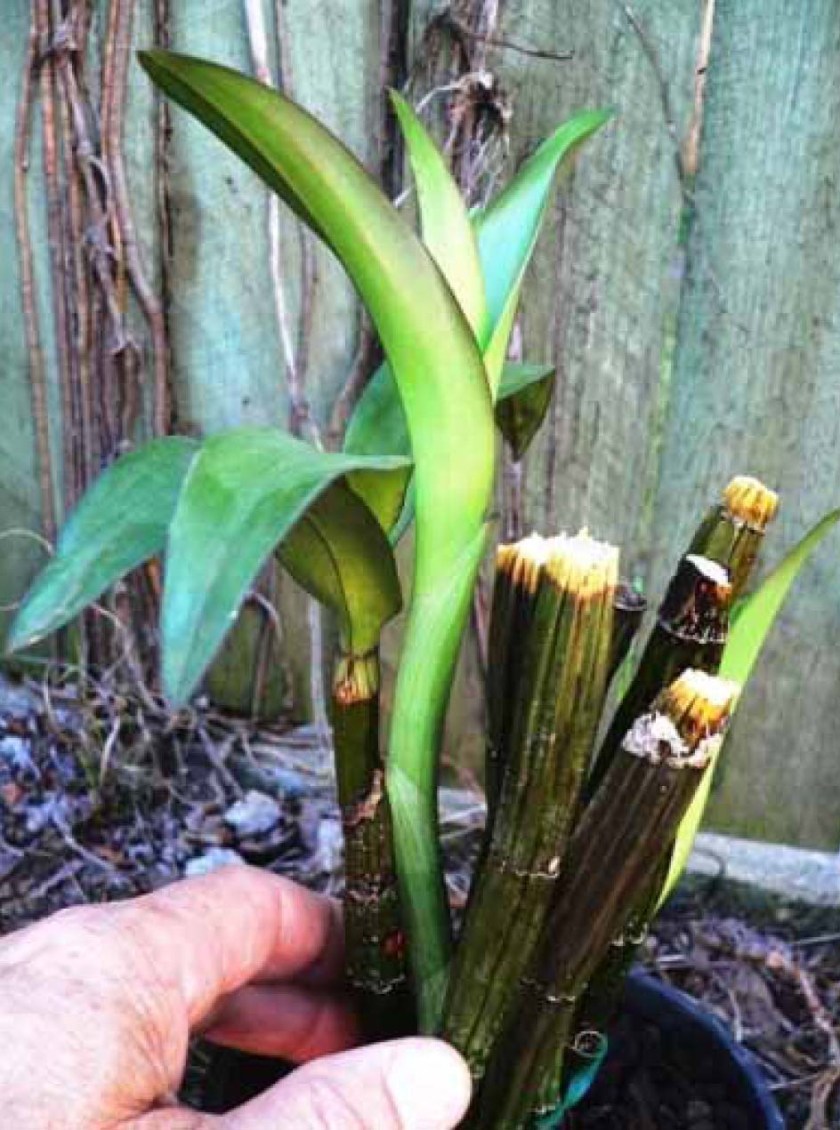 Here is a different angle on the new growths with my fingers providing some perspective on the size of the growths.

Note that they are significantly larger that those on the Den Jayden ‘JANE’, with the same time in the pots.

I do not consider this evidence of the worth of bark compared to sphagnum moss.

I find that different hybrids and species behave quite differently in terms of their speed and timing of production of new growths. I believe that it is a function of what species are in the background of these plants and the time of year the rescue is undertaken.

Here is the same plant 5 weeks later. The new roots are protruding from the pot and the new growths are extending themselves – all of this at a time where severe water restrictions limit me to two waterings each week by watering can!

A further 4 weeks of cultivation and bright, warm weather has fully extended and hardened the new growths.

The larger growth should produce a flower spike this Spring.

This is a plant that the late John Purvis gave me just before he passed away. Because it is a special plant to me, I cut an old cane into three pieces to produce a back-up plant, just in case my piece of the original fell foul of the orchid gremlins. 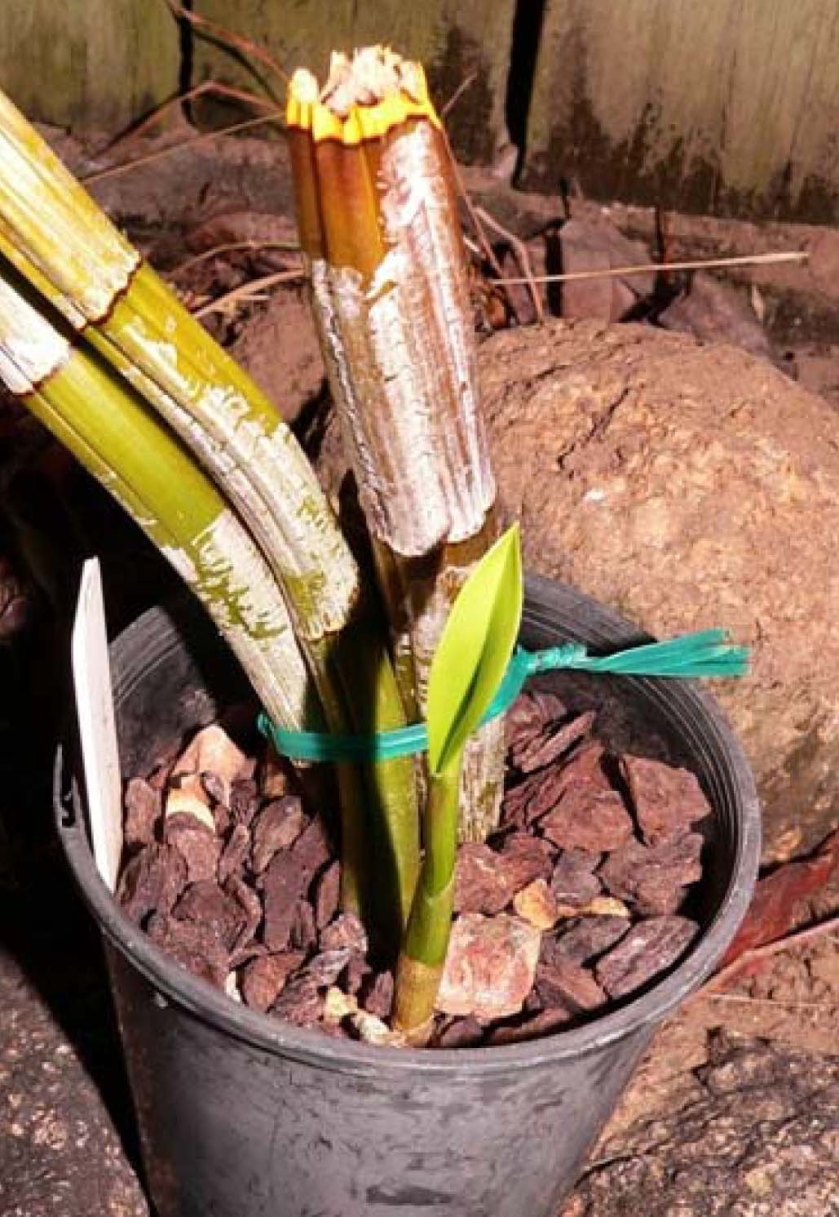 As you can see, it is the least developed of the three plants featured in this article. And yet, the parent plant has produced two magnificent new growths in the same period. I feel that the 12.5% of Den. bigibbum and 12.5% of the hot growing Den. tetragonum var. giganteum have influenced this. This new growth has probably been encouraged since the relocation from Adelaide to Brisbane where the temperature differences overnight are more subtle than in the Adelaide Hills where the plants were previously cultivated. The two hot growing species in the plant’s background were probably held back by Adelaide’s much cooler overnight temperatures. Anyway, this is purely conjecture on my behalf. What is important is that I now have a developing back-up plant for one that I treasure dearly. 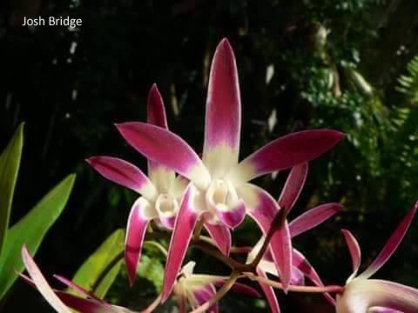 The thrust of what I have written is simple – don’t give up on treasured plants that look like they have expired, because there is always hope so long as the canes haven’t turned into fermented mush! The technique is as simple as cutting canes into lengths where you have at least three, preferably four, segments from which new growths will materialise. Use sterilized cutting tools to avoid contamination of the canes. Once the new growths have emerged, give them time to produce healthy root systems and let the new canes harden before potting-on. The best time I have found to pot-on the new growths is early autumn.

Thank you to Josh Bridge for supplying images of the flowers of Dendrobium Alick Dockrill “Pale Face” and Dendrobium Sarah Jane ‘Purvis’ as they were not in the original articles.

Another technique demonstrated by John Gay at one of the NOSSA meetings a couple of years ago was to take the apparently dead canes of an epiphytic orchid and seal them in a plastic bag with a small piece of damp sponge (or other cloth) and leave them in the shadehouse.  Do not let the sponge dry out.  So long as there was a bit of moisture, there was a chance for new growth on the shrivelled canes.  Once the growth was obvious, pot on as normal.